Everything You Need to Know About M1 Chip With the new innovations, in November 2020, Apple has introduced its chip, known as M1, which is having an incredible performance and amazing efficiency. It is the first “system on a chip” designed by Apple which has been developed for use in Mac. Therefore, this amazing chip integrates so many components through with it gives an excellent performance.

These components include encoding/decoding engine, neural engine, RAM, CPU, GPU, image signal processor, and many more. In the M1 chip, the memory architecture is perfectly modified. And, the CPU and GPU don’t need to copy the data between one another. Rather than this, they can access the same data pool now. For further details, read the article mentioned below so that you could have everything you need to know about the M1 chip.

What Is M1 Chip And How It Is Different From Previous Technologies?

Apple has put over 16 million transistors for the first in order to get the high rate performance, i.e. fastest CPU core, which is available in low power silicon. It has been designed to create a much faster and more power-efficient Mac than those of intel-designed chips. Intel chips actually use x86 architecture. On the other side, the M1 chip uses an Arm-based architecture, much like its previous A-14 chips, specifically designed for iPhones and iPads. Ideally, the M1 is the most powerful chip that Apple has ever designed and used in the Mac in order to enhance its efficiency. It is almost similar to the A14 chips that are used in the newly launched iPhones and iPads models.

Apple has introduced this chip to MacBook Air, 13-inch MacBook Pro, and Mac mini, which is now replacing the low-end mechanism in them. It has also been released M1 versions of the iPad Pro and iMac. Moreover, the M1 chip has replaced the traditional RAM with unified memory, through which there will be no need to use the multiple pools for the memory. Prior to the M1, Mac has used so many chips in order to enhance the performance rate. Before the M1, it uses the Intel chips, which were giving a better performance rate but not much more than that M1 because M1 integrates so many components. Moreover, Apple was using the GPU separately with the correlation of intel processor. But, now M1 itself is having the GPU integrated so there is now no need for its separate usage.

Furthermore, the x86 architecture which it uses, although has a high-performance rate but it uses a lot of power to function, which is obviously a disadvantage. Therefore, Apple’s efforts to introduce a chip with all the components for more efficient performance. M1 chip has introduced the smart CPU, GPU, and neural engine which together make the Mac more appealing. Talking about the neural network, it has brought much advancement in it, that it is now capable of executing 11 trillion operations per second. And just like this, M1 includes the next-level CPU and GPU models. See Also: HP vs Dell; Which One Is Worth The Money M1 includes the 8-core or 7-core GPU. Generally, the Mac Mini, MacBook Pro, and high-end M1 MacBook Air models use the 8-core GPU. Because it is capable of operating almost 25000 threads at the same time. With 2.6 teraflops of throughput. M1 chip includes the advanced neural engine which is designed to run the machine language. So that machine learning tasks could easily get accelerated like video recognition, image processing, etc. It performs 15x better than the other previous models. With so many improvements, it has also brought astounding improvements in its battery life. Thus, M1 Mac is more better-efficient and more demanding in the market. The longest battery life was in 13-inch MacBook Pro, which could last up to 20 hours. But, with the advancement, now life can last up to 2x than the prior-generation models. Ideally, the M1 chip introduced the latest generation secure Enclave, a high-performance security controller, the amazing AES encryption hardware, a high-performance storage controller, and hardware verified secure boot. Also, it has been proved that the M1 chip doesn’t appear to have breakthroughs in terms of security. This M1 chip is interestingly designed with state-of-the-art security techniques. See Also: How To Clean a Fan Of a Laptop Ideally, it gives 2x better performance than M1 Pro. It offers you a 32-core CPU performance rate and 400 GB/s memory bandwidth. Moreover, it supports up to 64 GB of unified memory. And, includes two ProRes and two video encode/decode engines. M1 chip has been installed in the Apple MacBook Air and increased its performance rate. Now, having so many specifications, i.e. its amazing battery life, display, color contrast, brightness, etc, it has become much appealing in markets. The major pros and cons are given in the table mentioned below, through which you can have a clear idea. 13-inch Macbook Pro has a high-performance rate. With the integration of advanced CPU, GPU, and unified memory storage, it is an amazing innovation of Apple’s efforts. The table mentioned is describing its major pros and cons for your ease. 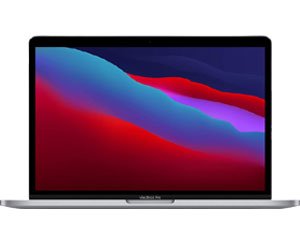 How To Connect Lenovo Yoga To External Monitor?

Is Lenovo IdeaPad 3 Good For Gaming?